This guide will provide information and library resources for the study of film.

The MC Library has access to different kinds of search tools:

Use the tabs in the box below to find suggested databases or other search tools to use for a variety of types of sources.

MC students, faculty, and staff  can access all of our search tools and online resources from on or off-campus. Use your MC ID (with the letter M) to log in.

Unlike Google, library databases can't understand an entire sentence. You'll need to break your topic down into the most important ideas: the keywords.

Keywords are individual words or short phrases that represent the main ideas in your topic, thesis, or research question.

After you've identified your main ideas and some keywords to start with, think of additional search terms for each concept. These can be synonyms, related ideas, broader terms, or narrower terms. Since a database will match only what you type, using different terms for similar ideas can help you find more articles.

Now that you have identified keywords, you will combine them in the database search box. Try more than one combination to find different sources!

Use the search operators AND & OR to combine your search terms. ​Use quotation marks to search for a specific phrase, with the words in that exact order: "social media"

To make your results more manageable, use the database filters to refine the search results by full-text access, source types, publication date, and other factors that serve your research purposes.

These options may be located in different areas of the database results list. In RaptorSearch, the options will be on the left.

You can also set these options before you search from the Advanced Search screen in most databases.

Most database search results will be sorted by relevance. You can change this to sort by newest first, oldest first, etc. Look for the sort options near the top of the results list.

Also known as scholarly articles, or academic articles. Some journal articles are "peer reviewed," which means they've gone through an extra review process before being published.

When & Why to Use Journal Articles:

When & Why to Use Scholarly Books:

The MC Library has access to streaming videos and audio (as well as DVDs and CDs). You can find documentaries, educational videos, and mainstream movies.

When & Why to Use Videos: 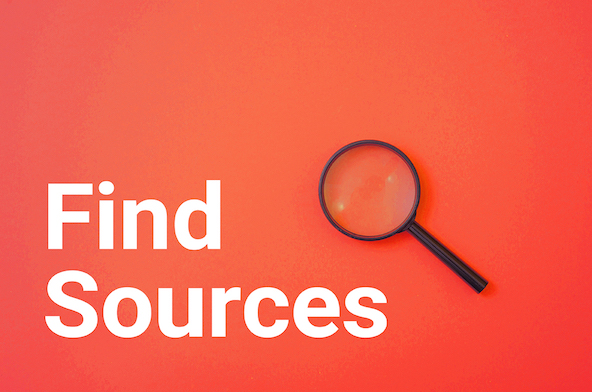 To find sources, start by thinking about your research questions and the type of information you need. For example, you may need to search in different places to find statistics than you would if you need to find images.

This page provides tips for how to develop a search strategy, and also links to search tools you can use to find specific types of sources.

As you search, consider the tips on the Evaluating Sources page, and assess each article, book, website or other source that you find.